Do you ever wonder why we exist? What is the purpose of life? What would be my contribution to the big picture? Or in fact, what is the big picture? There are many contradictory views on this subject – mostly religious and some scientific.

Some people say that their goal in life is to be successful. But do they know the definition of success? Is it money, family, position or simply peace? If you ask them they would be unsure and their definition of success will keep on changing as they move ahead in life.

The question is how do you figure out what you want in life? There is a well known model known as the PERMA model founded by a psychologist Martin Seligman. This model states that there are 5 attributes that human beings require to find personal happiness. The first element of the model is positive feeling – which is felt when the basic needs of life are met – like food, drink and sleep. The second element is engagement – which is about being involved in activities you like with passion and commitment. The third element is relations – which is how closely are you related with people around you. The fourth element is meaning – which is defined as what you value in life and how you contribute to improve what you value. And the last element is achievement – which is a sense of success that you get out of challenging yourself repeatedly and improving yourself.

Whenever you feel lost or demotivated, step back and have a look at these 5 parameters in relation with your life. This will help you figure out what is missing and what you can improve upon. When i evaluated my PERMA model, i figured out that I should be engaged in travelling and challenge myself to visiting remote natural wonders.

I have my own perception regarding the purpose of life. For me, life is a journey. Like in any trip, there should be a lot of planning done for life. And it is important to figure out what your values in life are. It is like figuring out the places you want to see in a trip. Most of my trips do not have a specific destination. My most memorable trip was the trip to leh. If you search for images of leh, you will see that leh is actually a small town in the mountains. The landscape is mostly like a desert – barren with lack of vegetation.

When I was planning the trip to leh, my better half told me to go via air. But I planned it as a road trip. We travelled through roads with huge walls of ice on both sides. I am still curious as to how the roads were dug out of so much ice. We saw a huge plateau called moore plains which is 40 km long and wide flat plain with mountains on all sides at the altitude of 15400 feet. We got stuck at the highest motorable road in the world and spent the night with a bottle of old monk. We saw the huge pangong lake which is surrounded by mountains and has crystal clear water at the height of 14300 feet. On our way back, we spent a scary night in kargil and stayed in a beautiful houseboat at kashmir. It still is one of the best trips. We saw beauty, had adventure, experienced new food and culture, met interesting people and completed a must do trip.

The point to note here is that the trip did not have any destination. Though we say that we went to leh, but ideally we saw a lot many places in addition to leh. And I would like to say that out of all the places we saw, leh was the least interesting of all.

It is the journey and not the destination that matters. And this line is applied to all our lives. We have a journey of 80-100 years from the time we are born. There is nothing in the destination of life. In fact we all know the destination. So, evaluate your PERMA model and figure out what gives you happiness. It can be having more friends or photography or travelling or maybe even getting married. Take your time while you are on the journey of life. Stop at all interesting spots to click pics. Live each moment. Aim for your aspirations. Those are the challenges in the game of life, that keep the game interesting.

Strive to make memories that make you happy and peaceful. Remember, life is a journey and not a destination. And you are here to enjoy the journey. Aim for the sky, but move slowly, enjoying every step along the way. It is all those little steps that make the journey complete.

Do we believe we are human beings? Yes we do. Because we are able to identify and differentiate between different faces, voice tones and expressions. And most importantly we are have feelings and we are self aware. Let us see what a machine is capable of ? 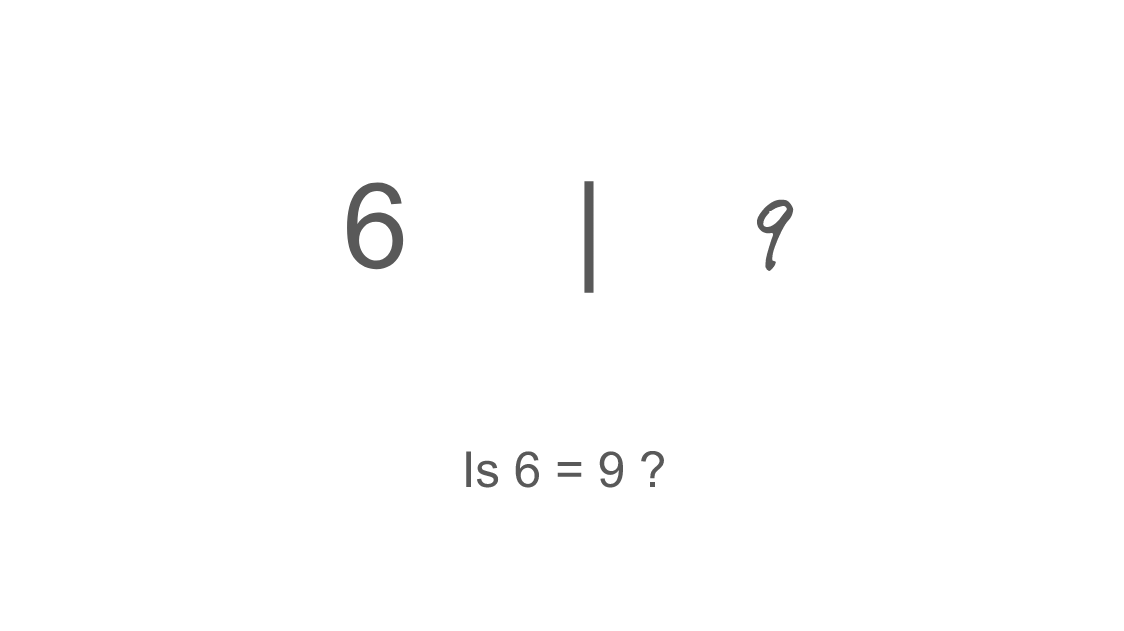 We can see 2 numbers here. If you put these numbers in a machine – say a calculator or a computer, it will be able to identify the first number as 6 and the 2nd number as 9. For a machine these numbers are different and so, if you ask the machine whether 6 is equal to 9, it will give a false answer.

Did you notice something here ? Yes, the fonts of both numbers are different. But, irrespective of the font, a machine will be able to differentiate between the 2 numbers. 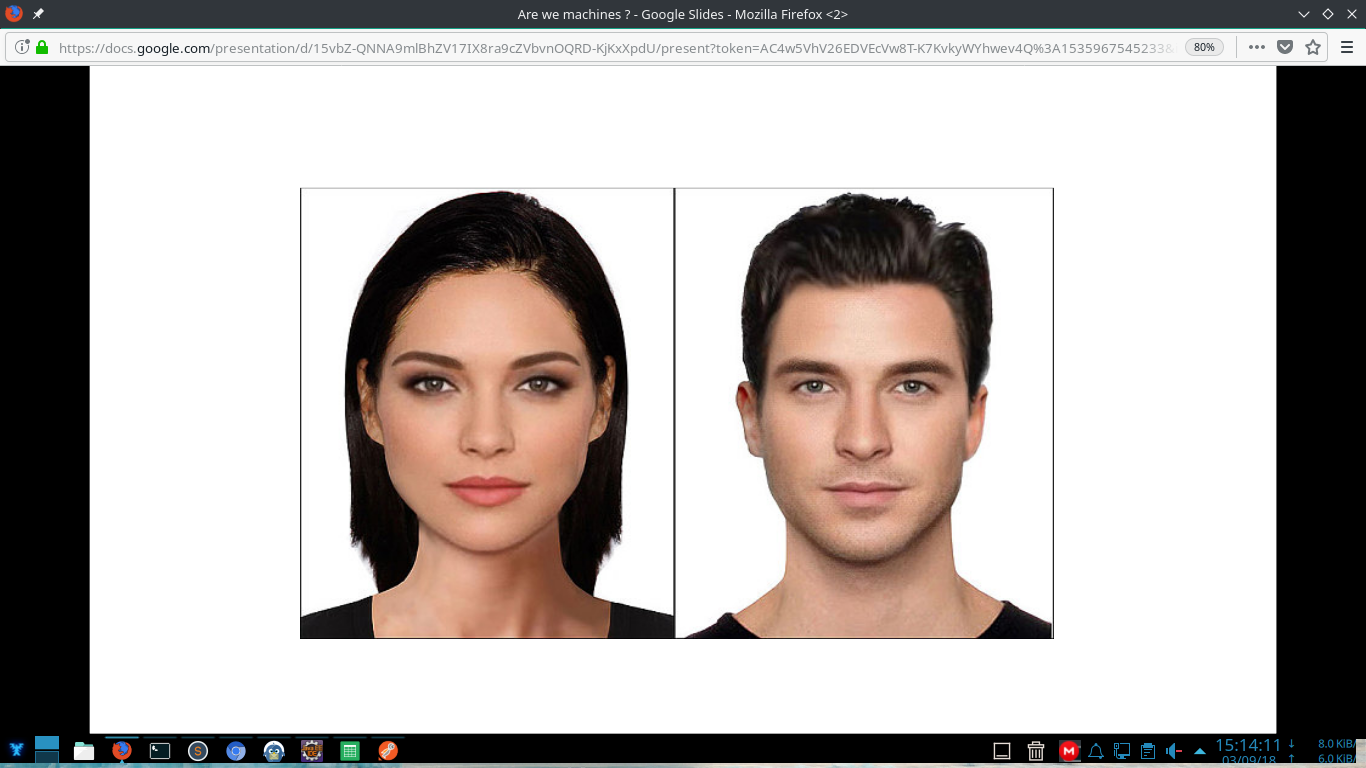 What do we have here? The left image is? And the right image is?

What will happen when i put these two images in a computer? Will it be able to idenfity the left image as a woman and the right image as a man? Probably No. That is because the computer does not have the inbuilt logic to differentiate between these faces. How do we as human beings identify the faces as different? Shape of the nose. Eyebrows. Lips. Forehead. Hair style. What if the machine can be taught to differentiate between these two images using these data points.

Lets take a step back. Have you heard of machine learning ? For those who do not know, machine learning is a concept where we provide sample data to train a machine. Once the machine is trained, it identifies data points to differentiate between input data. 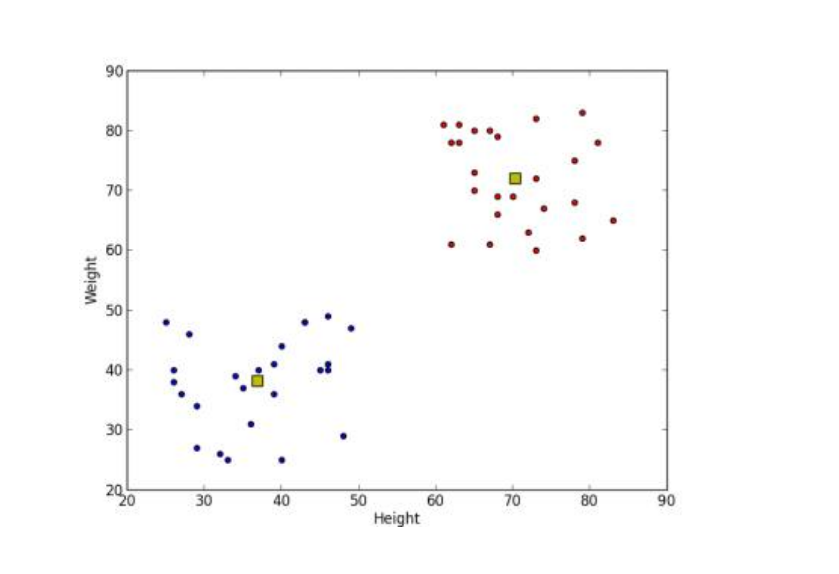 This shows a segregation of gender based on height and weight.

So, if we train a machine by providing a large number of faces both of men and women, it will eventually have data points which we unconsciously process. And later if we feed it a face, it should be able to tell us whether it is the face of a man or a woman.

The question here is how does the human brain differentiate between the faces ? 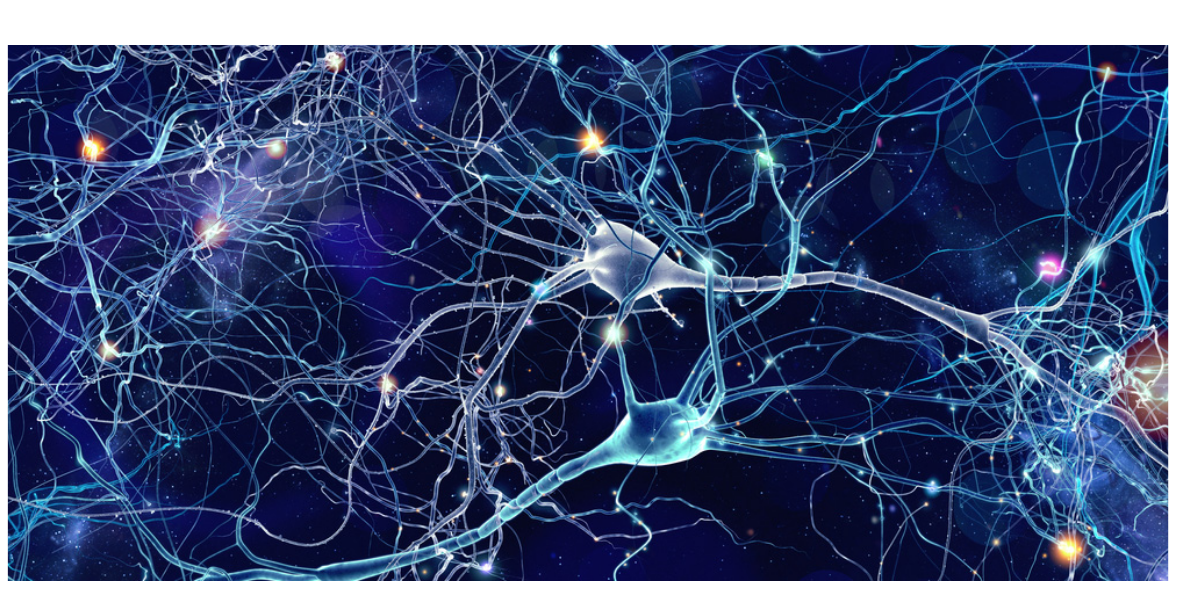 Human brain is built up of neurons or brain cells. Each neuron is connected to upto 10,000 other neurons via synapses. When we are born, do we not know the difference between the face of man or woman? No. But, we come across these faces and we are told repeatedly which is the face of a man and which is the face of a woman. The neurons and synapses store these data points training our brain to differentiate between man and woman faces.

But, then you would ask, what about emotions and feelings? Are these also trained into our brain? Do you know how powerful our brain is ? As per some article on the internet, it would take approximately 83000 super computers to work for 40 minutes to simulate what human brain can simulate in 1 second. And imagine that if I am 30 years old, my brain has been training, learning and accumulating data points for 30 years.

Does it mean that with a lot of processing power and a lot of training, computers should be able to simulate feelings and emotions like human beings. As per some articles on the internet, by 2045, the intelligence of computer will exceed the intelligence of a human being. Then maybe machines will have feelings and emotions. Are we still sure that we are not advanced  machines ?